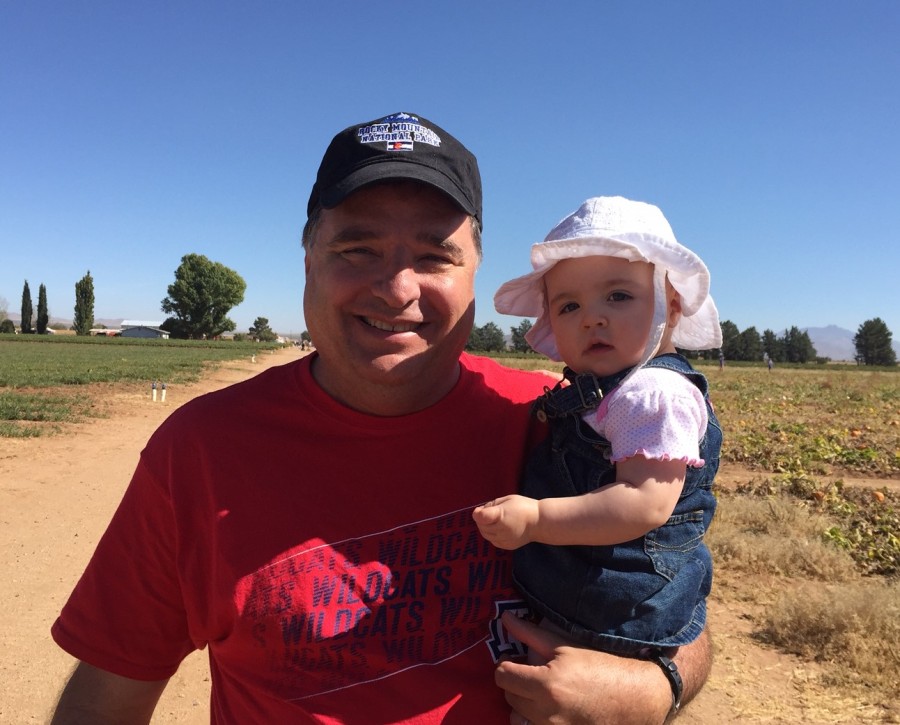 Hello, my name is Kyle and I have a dream (had it for a number of years but now I’m 58+ years old) to run from the North Rim of Grand Canyon to the South Rim (Grand Canyon Rim-2-Rim / GCR2R) in single day.

I’m currently 58 1/2 years old and have been associated with running in Arizona since about 1973, just shortly before entering High School.   I started running mostly because I wanted to participate in a sporting event that I knew I could do – Running was something I could do and if I did it more than others, I could be become better than others at it.  It worked because I was the Arizona Div. AA State Champion in the mile.  I was 2nd in the State in the 2 mile run and 2nd in Cross Country (as a Junior) – I finished 9th as Senior but that’s a long story.  Also, I lettered while running for the University of Arizona. Anyway, I’ve been a runner in the State of Arizona for a long time and for that whole time, I’ve had a dream of running the GCR2R.  It probably goes without saying but in my peak condition in high school and college, I could much more easily run the canyon than today.  In HS and College I weighed less than 150 lbs..  Today when I hit the scales, I’m close to 230 lbs. (229.6 to be precise).   Also, I haven’t consistently run any real mileage in years.  However, I have finished two marathons in my life – The San Diego International Marathon on 10 December 1989 (personally timed as 3:40:08) and the San Diego Rock’n’Roll Marathon on 4 June 2000 (recorded time of 4:56:35).  So it’s been since June of 2000 (over 17 years ago) that I have logged any miles of any substance.  Bottom line, I’m so out of shape at this point in my life that I can’t even run a mile straight, let alone the over 25 needed to do the GCR2R.  So even with a long history of running – I’m finally getting to this bucket list item.  It will be the challenge of my life!  This blog is intended to chronicle my training and trials as I prepare for this adventure. 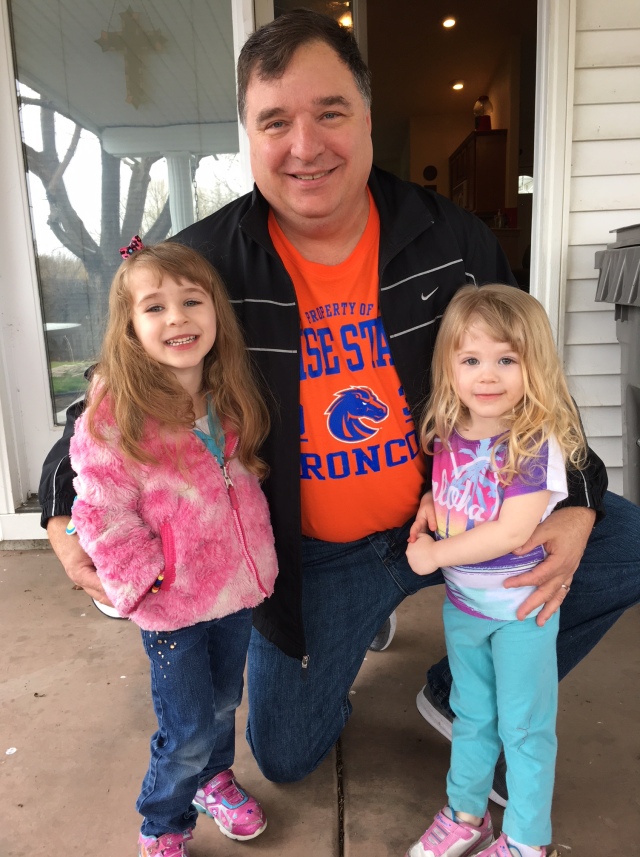 Beside me are two of my three cute granddaughters (my third and youngest granddaughter I’m holding in the header photo).  My hope, by having them on each side of me is it will draw the eye away from my stomach (one that hides my belt buckle at this point).  I’ll have to loose the “big guy” I’ve become to meet my goal.  But I have a secondary goal as well…  I need to get and stay in shape so that I can dance with my granddaughters at their weddings.  :- )

I dedicate this blog to my high school Cross Country and Track Coach (Coach H. – name withheld because I don’t have permission to share it).  He was a big influence in my life at a time when I was heading in the wrong direction.  I’d be a completely different person without his commitment to coaching, his drive, guidance and inspiration.